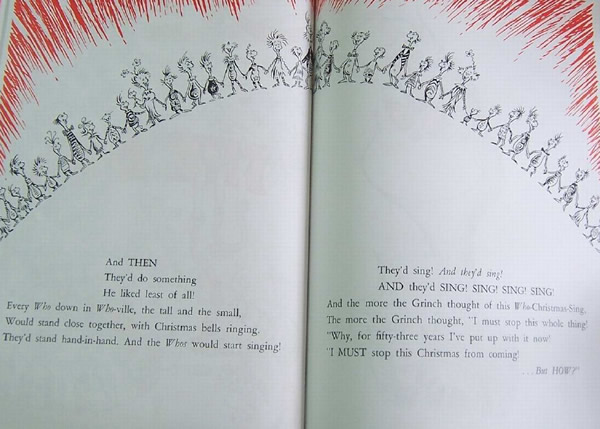 And THEN They'd do something He liked least of all!

Every Who down in Whoville, the tall and the small,

Would stand close together, with Christmas bells ringing.

They'd stand hand-in-hand. And the Whos would start singing!

And the more the Grinch thought of this Who ChristmasSing,

The more the Grinch thought, "I must stop this whole thing!"

"Why, for fifty-three years I've put up with it now!"

"I MUST stop this Christmas from coming! But HOW?" 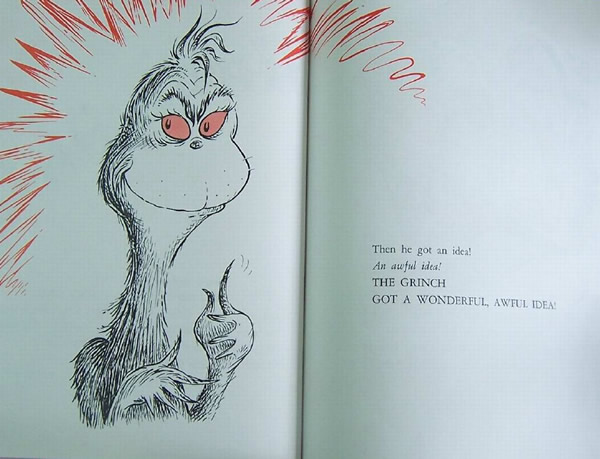 Then he got an idea! An awful idea!

THE GRINCH GOT A WONDERFUL, AWFUL IDEA! 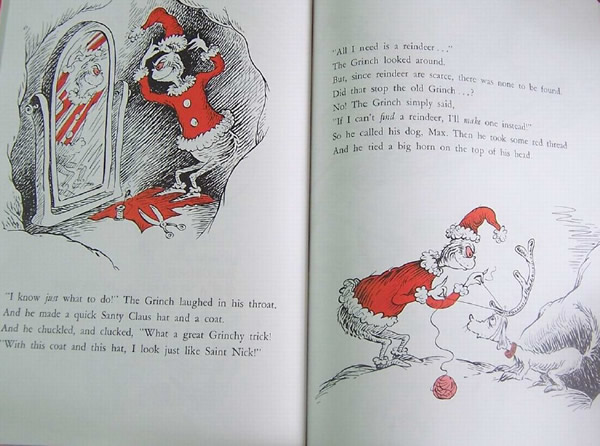 "I know just what to do!" The Grinch laughed in his throat.

And he made a quick Santy Claus hat and a coat.

And he chuckled, and clucked, "What a great Grinchy trick!"

"With this coat and this hat, I look just like Saint Nick!"

"All I need is a reindeer..." The Grinch looked around.

But, since reindeer are scarce, there was none to be found.

Did that stop the old Grinch? No! The Grinch simply said,

"If I can't find a reindeer, I'll make one instead!"

So he called his dog, Max. Then he took some red thread,

And he tied a big horn on the top of his head. 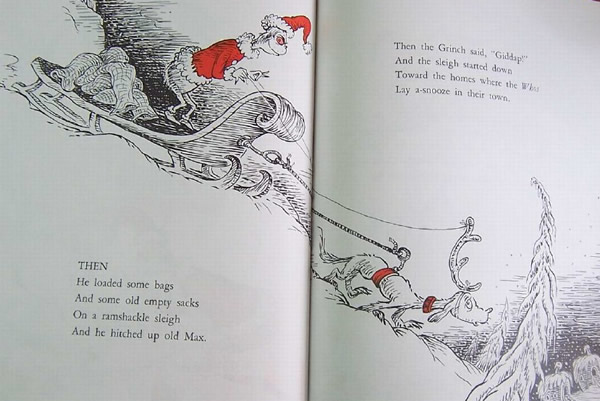 THEN He loaded some bags And some old empty sacks,

On a ramshackle sleigh And he hitched up old Max.

Then the Grinch said, "Giddap!" And the sleigh started down,

Toward the homes where the Whos Lay asnooze in their town.